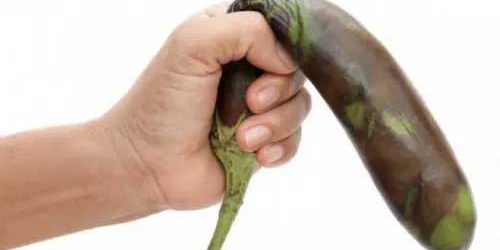 Can Chlamydia (STD) cause Erectile Dysfunction?

Chlamydia is a Sexually Transmitted Infection that spreads through unprotected anal, vaginal or oral sex. You can refer to our section of ‘Sexually Transmitted Diseases’ or to know more details about Chlamydia, you can visit our ‘Chlamydia’ page. Chlamydia can affect both men and women and it is caused by bacteria.  Since this is a bacterial infection, it is completely curable but if ignored or if the symptoms are taken lightly, it can cause fertility problems in men and other health problems in women.  One such infertility condition that can be caused by Chlamydia is ‘Erectile Dysfunction’, the ability to get or sustain an erection of the penis to perform sexual intercourse.

Like some viral infections that show symptoms only after some time post exposure, Chalmydia symptoms may also not be seen immediately after getting infected. So, if you partner says that he/she is perfectly healthy, you cannot take for granted that he/she is not infected by any STI.

Symptoms of Chlamydia in men:

Men may not become completely infertile but there may be pain in testicles and in the tubes that carry sperm outside of the body.

Symptoms of Chlamydia in women:

For women, Chlamydia can cause more damage than it does to women. If the infection spreads to the reproductive organs such as Uterus and Fallopian tubes, they develop a condition called ‘Pelvic Inflammatory Disease (PID)’. This can make a woman completely infertile and in some cases, it can result in ‘ectopic’ pregnancy, a condition where the foetus grows outside the uterus.

This can be completely cured with antibiotics. It is important that you and your partner should take the full course of antibiotics.  Note that your body doesn’t become immune to the infection.  There are chances that you may get re-infected if you have unprotected sex in the future with an infected person.

How does Chlamydia cause Erectile Dysfunction in men?

Chlamydia can infect the prostate resulting in swelling and restricting the blood flow to the penis. When enough blood doesn’t flow to the penis, getting and sustaining an erection becomes difficult.  When the testicles and the tubes of semen are infected, it makes sex a painful thing. This affects you psychologically and stops from getting aroused.  The psychological impact can increase stress, anxiety and relationship problems which can further hamper your desire for sex.

What other conditions can cause Erectile Dysfunction?

Changes to be made in lifestyle to prevent erectile dysfunction

Smoking, consumption of alcohol (beyond a certain limit), medications such as anti-depressants, blood pressure drugs can also lead to temporary Erectile Dysfunction.

How to prevent Chlamydia infection

Sometimes, it happens ‘at the nick of the moment’ where protection will not be used before having sex with an unknown person. In such cases, you need to rush to your sexologist immediately and get tested for possible contraction of HIV (and other viral infections). Your sexologist may then put you on PEP, PostExposure Prophylaxis to prevent HIV infection.  Bacterial infections are completely curable but viral infections don’t have any cure. It is better to follow ‘Prevention is better than Cure’ when having fun.