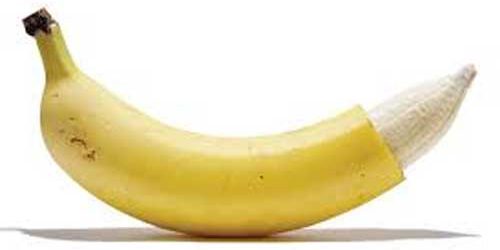 The Prepuce or the foreskin on the penis, characterized as “primary erogenous tissue necessary for normal sexual function”, itself explains its role in natural, mechanical and sensory capacities of the penis. Hence, Circumcision, the procedure of removing the foreskin covering the head of the penis is inferred to necessarily reduce sensitivity and has been erotically controversial. Not surprisingly, it is general assumption that amputation of the penile foreskin and exposure of the glans penis thus reducing penile sensitivity could be a cure for Premature Ejaculation.

The International Society of Sexual Medicine defines Premature Ejaculation as “a male sexual dysfunction characterized by ejaculation which always or nearly always occurs within about 1 minute of vaginal penetration; an inability to delay ejaculation on all or nearly all vaginal penetrations, and negative personal consequences such as distress, bother, frustration, and/or the avoidance of sexual intimacy.”

A number of Psychological and Biological factors interplay the complexity of Premature Ejaculation. Factors such as age, recent frequency of sexual activity, sexual partner and situation play a significant role in clinical assessment of Premature Ejaculation. It requires physical examination, detailed health history and sexual history to understand the aetiology of the individual male and ensure appropriate assessment on ejaculatory dysfunction.

Premature Ejaculation is quantitatively assessed by Intravaginal Ejaculatory Latency Time (IELT) that is the time between vaginal penetration and ejaculation during sexual intercourse. Normative data suggests that men with consistent Intra vaginal Ejaculatory Latency Time of less than 1 minute suffer from Premature Ejaculation. The pathophysiology of ejaculatory dysfunction appears to be both neuro biogenic and psychogenic. Studies further suggest that IELT is a biological variable and largely depends upon neurotransmitters and hormones and less likely on penile sensitivity.

In line with consistent studies and review results, circumcision appears to have no correlation to Intravaginal Ejaculatory Latency Time which is a clinically approved marker to assess Premature Ejaculation. This clearly puts away the prospect of considering Circumcision as a cure for Premature Ejaculation. Rather, Circumcision be considered purely for medical reasons that seem to be also the root cause for following the procedure as a customary ritual in selective communities.

To reiterate, circumcision does not clinically prove to be a treatment option to cure Premature Ejaculation. To ensure appropriate assessment and treatment, Premature Ejaculation having multi factorial determinants, needs to be understood as individualized male sexual dysfunction. Having ruled out any primary medical condition, a combination of approaches involving psychological, behavioural and pharmacological therapies would be efficient in the treatment of Premature Ejaculation. Medical management of male sexual dysfunctions wherein along with drug therapy, men and couples can learn sexual skills, communicate intrapsychic, interpersonal and cognitive issues that may precipitate or exacerbate the dysfunction are far more beneficial with long term positive results.