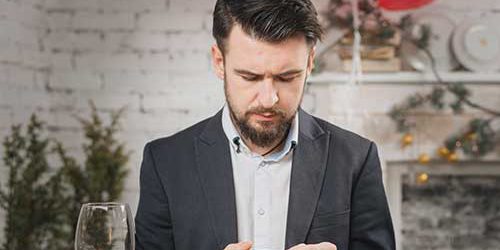 What was your last phone? I am sure you know that research states that cell phone radiation can lead to brain cancer? I am assuming your reply is oh! No problem! I speak for a very short while and my phone is hanging from a case on my belt the rest of the time. Cancer does not bother me, my next question then would be well does sterility bother you?

When we talk about sperm characteristics, we discuss counts, motility and morphology. A sperm has a nucleus which has DNA, the life source of the cell. DNA is highly sensitive to oxidative stress which is a form of chemically induced damage produced by the presence of chemicals called free radicals. Cell phone radiation has been proven to be associated with DNA fragmentation, lower counts, motility and appearance(morphology) . The damage seems to be more when the phone is near the testis as in the trouser pockets or a case on a belt.

In 2011, the WHO classified cell phone risk as a Class 2B carcinogen. What it means is that there is always an element of risk which should be understood and carefully monitored. Also understand, that even while we are not using the phone it emits intermittent radiation which is harmful. So, given the ubiquitous nature of cell phones in India from the pan wala to the premier, what can we do about this?

Simple…if you are in the reproductive age group, don’t buy a phone don’t talk to your friends on mobile..don’t hang around when your friends are on the phone..better still don’t have friends and especially, no girl friends.

Limit your cell phone usage and keep the phone away from your reproductive organs, simpler ain’t it?

So as you see..we have crossed a point in time when we could have said a no to mobile phones and saved ourselves the discomfiture of being radiated all day long. Now, it Is up to the “wanna be” fathers to decide !!!!!

PS: I was on the mobile 5 times before I finished this blog