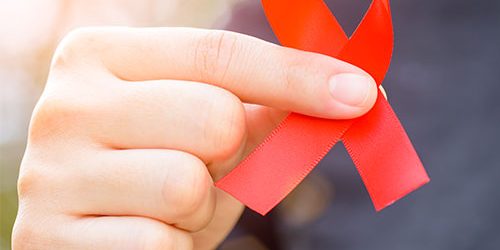 So far, as we all know, there hasn’t been an “Official Cure for AIDS” discovered. It has been 12 long years, scientists are trying various techniques to achieve complete remission of the virus from infected human body.  Finally, it looks like there is hope at the end of the tunnel as some researchers at North Carolina University and Emory University in Atlanta came up with a drug, currently named AZD5582 to cure AIDS condition in monkeys.

Cure for HIV Infection / AIDS condition is harder to find because, as long as the infected person uses ART – Anti Retro-viral Therapy, the virus goes into “hiding” state. As a result, it becomes difficult for the body to attack, kill and remove the virus completely.  Once this ART is stopped, the virus comes out of hiding and starts destroying the cells in the blood. The researchers from these mentioned universities came up with a drug, which can “pull out” the virus from hiding in the bloodstream.

The researchers experimented with 12 monkeys by infecting them with SIV – Simian Immunodeficiency Virus, a virus similar to HIV for ‘Humans’. They then treated them with ART and alongside, they also gave those monkeys, the AZD5582 drug which forced the virus come out of hiding and start reproducing in the CD4+ T cells in the bloodstream. It was then successfully eliminated from the body.  Out of 12, only 1 monkey had fever and loss of appetite, we are sure, they will come up with a solution for that too very soon.

As this experiment on our close relatives, monkeys, is termed successful, they are going to start Human Trials. These researchers are excited because, they conducted this experiment on different models but the outcome was the same indicating that the cure is possible in humans also. If the inference of these researchers is correct, we should be having a cure for HIV very soon.

Categories: HIV - AIDS, News on Infertility
Tags: hiv cure in chennaihiv treatment in chennaiis there a cure for hivis there a vaccine for HIVSTD testing center in chennai