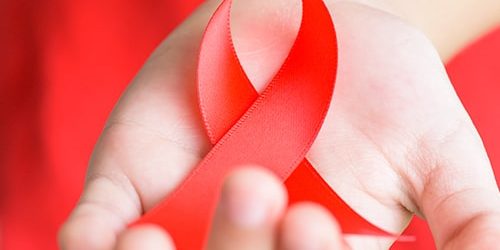 HIV in children. It's effects on young brains.

Human Immunodeficiency Virus, as we know, is a deadly virus that is transmitted sexually, by sharing needles, mother to child etc.Infected mothers can pass on this virus to their babies through breast feeding or by birth, depending on when they get contracted with HIV. Mothers who get tested and are on treatment for the infection have lower chances of passing the virus, if they haven’t passed it already.

The number of children who get infected with HIV is significantly going down. At the end of 2015, 2.6 million children throughout the world aged 15 and younger were living with the virus. The cases were most predominantly present in sub-Saharan Africa and are the leading cause of death among preteens and teens there. Only one-third of the kids were receiving treatment during that period.

The treatment is the same for both children and adults. The children are treated with medications called ART (Anti-retroviral Therapy). This always doesn’t come easy among children, HIV drugs do not come in a liquid form that babies and small children can consume. Some drugs can also cause serious side effects for children.

Without ART, one-third of HIV positive infants worldwide would not make it to their first birthday and half of them would die before they’re two-years-old.

How does HIV affect a child’s brain who is infected?

Not only do some children have the risks of developing HIV encephalopathy due to the low CD4 count, but a new study has recently given an understanding how even with early treatments it still manages to attack young children and their brain.

Even though ART has shown to offer less-deadly results for children affected with HIV, the virus can still affect their brain. HIV may disrupt neuro-development in children which results in affecting how children learn, reason and function.

Neuro-developmental disorders are impairments of the growth and development of the brain and/or the CNS that affects emotion, learning ability, self-control and memory which unfolds as an individual develops and grows.

A two-year longitudinal study published by the State University of Michigan focused on providing a clear picture of how HIV influences children’s neuro-psychological growth. The study supported by the National Institute of Allergy and Infectious Disease showcased the performance of three groups of children aged 5 to 11 years who were examined by the doctors The three groups consisted of children, who acquired HIV prenatally and treated with ART, who were exposed but were HIV-negative, and who were never exposed to the virus. The study was carried out by six testing sites in four sub-Saharan African countries to look at how HIV affects children in this field.

The researchers found out that there are still major neuro-psychological challenges for children living with HIV even with early treatment and good clinical care. The children came into the study with a deficit compared to their counterparts. Everything remained the same except in one important area which is reasoning and planning. The children living with HIV failed to progress over time and the difference between them increased infected and HIV negative children increased.

The medical treatments which starts as early as 6 months of age for infected children. Though the treatment keeps children alive and healthier than they would be without treatment, it is not enough to address the neuro-cognitive deficits associated with HIV.  In these affected children, treatment should be started even earlier to improve long-term neuro-cognitive outcomes in the future.

Human neuro-psychological development is one of the most important factors in the cognitive thinking and development of a child. The Human Immunodeficiency Virus affects these developmental skills.  Researchers are working on long-term care and support to continue their work with children affected by HIV in Uganda and Malawi. The doctors will research on how MSU- developed computer cognitive games can serve as tools for neuro-cognitive evaluation, enrichment and potentially rehabilitation.