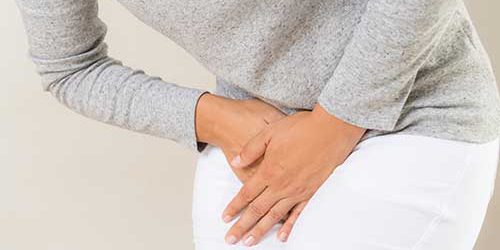 A period, or menstruation is the shedding of a lining on the uterus (called endometrium) that appears as bleeding from the womb and released through vagina. Periods in girls usually start between the ages of 10 to 16 years.  In many cases, during the initial years, it may take some time for the cycle to stabilize around 28 days. The normal length of a woman’s menstrual cycle is supposed to be 28 days. In some cases, it can be up to 35 days.

Symptoms – Any duration beyond 35 days is considered ‘abnormal’.  Changes in blood flow or the clots that appear more than an Inch longer (2.5cms) in diameter is also considered ‘irregular’.

In most cases, this is caused due to hormone production. The two hormones that are responsible for menstruation are:

They regulate the menstruation cycle.

During puberty (one of the stages in a woman’s life), irregular periods are not uncommon. As mentioned, it takes time for the cycle to stabilize. This is also common before menopause when a woman is between 45 to 55 years of age.

Menstruation stops (rather pauses) during pregnancy and for a few months while breast feeding.  Contraceptives and IUD can cause unusual or spotting during and in between periods respectively.

Other possible reasons for irregular periods include too much weight loss or gain, emotional stress, running a marathon or due to eating disorders. Apart from these mentioned, a number of disorders can lead to Irregular periods in women.