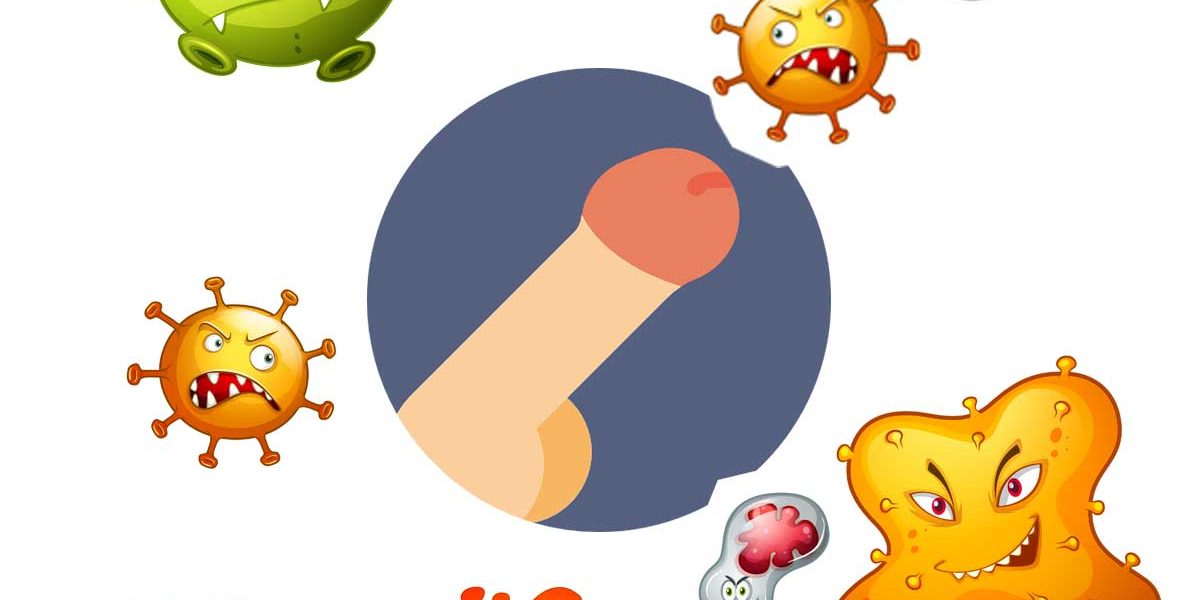 Penis is just another body part and is no exception for infection causing microbes. Many men suffer from penis yeast infection, fungal infection on penis, bacterial infection on penis etc and such infections may be just on penis skin or penis head or both. Penis infections can be mild with very light itchy symptoms to severe where warts, inflammation, leaking of fluids may be seen.

Penis infection can be caused due to several conditions such as:

Balanitis refers to the inflammation of the penis glans (head of the penis) due to injury or trauma or an infection. Though not a serious condition, this can sometimes be painful.

Symptoms of balanitis include:

More information about Balanitis – Inflammation of penis glans, causes & treatment options can be found in the linked article.

Symptoms of posthitis include:

These are other possible symptoms along with inflammation of the foreskin.

More information on Posthitis – Symptoms and Treatment can be found in the linked article.

Balanitis + Posthitis = Balanoposthitis, how’s that for simple understanding? Inflammation of penis glans and foreskin of the penis is called Balanoposthitis. This condition is seen in approximately 6% of uncircumcised males. There are several benefits of getting circumcised, but that is out of scope of this article.

Symptoms of balanoposthitis are similar to those of balanitis and posthitis; burning or pain during urination or sex, foreskin tender to touch or move etc.

Treatment of Phthiriasis include application of creams, shampoo for washing the pubic area along with antibiotics.

“The most number of questions from patients are about Sexually Transmitted Infections and testing for STIs.  I still don’t believe that people are having sex with unfamiliar people without using a condom.” – Dr. Karthik Gunasekaran.

In most of the cases, people are worried about HIV/AIDS infection more than anything, but there are a handful of other bacterial and viral infections that can infect the penis and the whole body such as Chlamydia, Gonorrhea, Genital Warts, Herpes, HPV (Human Papillomavirus), Syphilis. Out of these, Chlamydia, Gonorrhea, Syphilis and Genital warts show symptoms in the penis / public region.

Read more on Sexually Transmitted Infections by visiting the article.