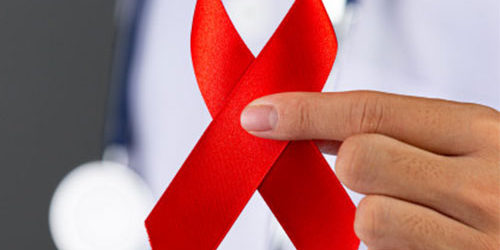 Who are the right people to take PrEP / When should you consider PrEP ?

If you are one among any of those people, you may consider opting PrEP after consulting a sexologist. Read on to know more about PrEP.

What are the different types of PrEP?

There are two different types of PrEP medicines available:

What are the side effects of PrEP medication?

Your sexologist will explain to you what you can expect once you start the medication. Some side effects include diarrhoea, nausea, headache, stomach pain, fatigue. These side effects may from patient to patient depending on the tolerance levels of their bodies to the medicine.

Once the body gets used to the medicines, the side effects should go away. If they don’t go away, you must get back to your doctor immediately.

Can PrEP stop a person from contracting HIV?

The answer to this question is a Yes and No because PrEP does not guarantee 100% protection against getting infected with HIV but it reduces the chances by as much as 99% provided the medicine is taken as prescribed by your sex specialist. If not, it cannot protect as expected.

It is important to abstain from risky behaviour for few days once the person starts PrEP treatment.

PrEP medication can fail if not taken as per prescription or if the window period is not followed.  If you happen to ignore the window period and if you think that you might be at risk of contracting HIV, you must see your doctor immediately. He/she may perform certain STD Tests and put you on Post Exposure Prophylaxis therapy.

Before putting a person onto PrEP, his/her doctor will get him/her tested for HIV. Only in case of a negative report, the treatment will be started. Should the person test positive, treatment will take a different route by putting him/her on Anti Retroviral medicines.

Once PrEP is started, the person has to visit the doctor and get tested for HIV. In most of the cases, the person should test negative.

If the person wants to stop PrEP due to change in his/her thinking, lifestyle, relationship status or because of side effects etc, he/she can surely talk to his/her doctor for alternatives options.

Instead of continued medication, can a person take PrEP medication on demand ie, only when he/she thinks that she/he may be going to have unprotected sex or share needles with a stranger?

The best way to stay safe and not contract HIV is abstinence or not having sex with a stranger/unfamiliar person or someone who is not your long time partner.  In case such a situation should arise, one must use a male/female condom or a dental dam.  If you had unprotected sex with someone who you don’t really don’t know, please see a good sexologist as soon as possible, preferably within 72 hours of the act so that your doctor can put you on PEP.