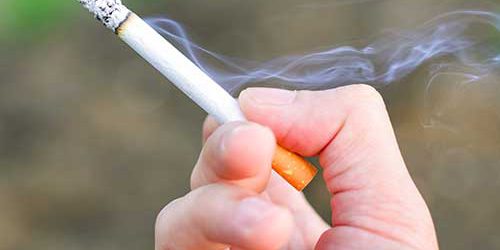 Smoking kills your sperms and your son’s sperms too!

It is a commonly known fact that smoking tobacco can have ill effects not only on a mans physical well being but also on his sexual health. To add to the concerns recent studies have suggested that smoking in men can lead to significant lowering of sperm count in their biological son. This page will elaborate on the above research and  effects that tobacco smoking can have on a man’s sexual health. Finding out how to restore sperm health in smokers will also come as relief to many of our readers.

One of the most common sexual problems that men report is Erectile Dysfunction. Erectile dysfunction is the inability to achieve or maintain erection of the penis during a sexual act. Erectile problems has many  different causes. The treatment of erectile dysfunction depends on identifying the factor that is actually causing it in the man seeking help.

Does smoking cause erectile dysfunction?

It is worrisome but true that smoking may be one of the major causes of erectile dysfunction in men. The tobacco contained in cigarettes have the potential to narrow down the blood vessels in parts of your body such as fingers, toes, penis etc. The narrowing of blood vessels of the penis lead to reduced blood flow to the penis. Erection of the penis during a sexual act occurs as a result of blood gushing into the penis. If there is reduced blood flow due to tobacco induced narrowing of penile blood vessels, problems with achieving and maintaining erection may set in.

If you are a chronic smoker and experience early or involuntary ejaculation it is common to associate the issue to smoking. Lets learn the truth about the relationship between smoking tobacco and premature ejaculation.

Can smoking cause early ejaculation?

Studies have revealed the association of tobacco smoking with yet another sexual problem of premature ejaculation. Ejaculation usually happens at the will of the man. It is controlled by hormones. When the sexual sensation has heightened, the male hormones reach its peak and trigger ejaculation. The control center for ejaculation is the brain. Smoking tobacco tends to hamper the brains control over ejaculation and leads to early ejaculation.

A good libido or sex drive is the most important thing for a couple to enjoy great sexual life.

Smoking tobacco may lead to lack of sex drive. Men who are chronic smokers may take longer than usual  to get sexually aroused. It is also believed to be due the decreased blood flow to the penis. Sexual sensation over the genitals also may be impaired in men who smoke.

Now that you have read about how smoking tobacco can affect a mans sexual performance, you may also be keen to find out whether smoking tobacco has an impact on a man’s fertility.

Can smoking make a man infertile?

Sad, but the reality is that smoking has harmful effects on a mans sperms. The quality of sperms may deteriorate in men who smoke. The reduced sperm health alone may not make a man infertile but if a man is borderline infertile, smoking may be enough to push him over the edge to become infertile.

Apart from its effects on sperm health, smoking tobacco may also alter the levels and balance of male sex hormones. Smokers have high levels of lead and cadmium in their semen which in excess amounts are toxic to the body and are  thought to be the cause for decreased fertility in them. Zinc levels in the semen of heavy smokers are found to be low and contribute to infertility.

Smoking tobacco has shown to decrease the sperm count by about 23 percent. Lowered sperm count means that less number of sperms are delivered to the female partners uterus during sexual intercourse. Low sperm counts may reduce the chances of conceiving a baby.

Sperm morphology or structure may also get altered in chronic smokers. The specific shape of the sperms are important for successful penetration of an egg by the sperm during fertilization. Abnormalities in the sperm shape and size may lead to difficulty in fertilization.

Sperm DNA is also known to get damaged by exposure to tobacco smoke. The DNA damage may lead to unsuccessful fertilization by the damaged sperms or if in case the sperm manages to fertilize an egg, the so formed fetus may be at risk for miscarriage.

Having read about the damage that smoking may cause to sperm genetic material, the thought of being responsible for possible birth defects in your child is distressing. Read on to find out if there is a possible risk of birth defects in children of men who are smokers.

The damage to sperm DNA caused by smoking tobacco may result in defects in the embryo. There is no evidence to prove the same but theoretically defective sperm DNA may be considered as a possible cause for congenital defects in babies born to men who smoke tobacco.

We have already understood how male smoking affects a couples fertility. If a couple have been trying long for a baby, after detailed evaluation of the couple, doctors may advice a range of treatment options to overcome the infertility problem. If the initial treatment modalities have failed, IVF or in vitro fertilization comes to the rescue of many couples. Recent studies have suggested that smoking in men may reduce success rates of IVF and other assisted reproductive techniques. Hence in couples trying to conceive a baby, the foremost lifestyle changes to bring in would be to quit smoking. The benefits of quitting smoking may become  evident in the fertility pattern of both partners. Wondering how female fertility is affected if the male partner smokes? Let us share some research findings.

Research has shown that when women are exposed to second hand smoking, there is a decrease in female fertility. Some studies have shown that there is about 46 percent decrease in the number of eggs retrieved during IVF process in women who have been exposed to passive smoking. It reflects on the possible effects of second hand smoking on ovulation. There is a possibility that the toxins contained in cigarette smoke are transferred passively to the female partner and  interfere with cyclical ovulation. So it is advisable for men who smoke to do so, away from their partners if they are trying to conceive a baby, so as to avoid negative effects on the females partners fertility.

All of us are well aware that smoking tobacco is associated with a number of health hazards which can also affect passive smokers just as in the case of fertility. A quick look into the various health effects of smoking would be nice at this point.

Anyone form of tobacco smoking can be harmful to your body. Tobacco is usually smoked in the form of cigarettes, cigars or hookah.  One of the most common problems with smoking is dependence. If a chronic heavy smoker makes an attempt at quitting smoking, he may experience withdrawal symptoms in the form of severe cognitive impairment, anxiety, restlessness etc.

Nowadays cancer being on the high, all of us our aware that smoking is a possible cause for the deadly disease. Cancers caused by smoking are mostly of the mouth, stomach and lungs.

Besides, smoking is itself a risk factor for chronic medical ailments such as hypertension, heart attacks and atherosclerosis. Hypertension if not under control can further lead to brain stroke and long term in-capacitation. Long standing hypertension can also cause an insult to the kidneys and lead to renal failure.

Another major complication in chronic smokers is lung damage leading to chronic lung diseases such emphysema and chronic bronchitis. Smoking also puts a person at higher risk for recurrent lung intentions. In emphysema the lung tissue loses its elasticity and cannot function adequately to remove air that has high carbon dioxide content.

Let us now read about the research that led to the hypothesis that paternal smoking can affect the son’s sperm count.

Medical research also points towards greater incidence of mutations in certain repetitive parts of DNA from children born to smoking fathers in comparison to those of children born to non smokers. This is probably because unlike maternal ovum ,the fathers gametes undergo division throughout life and are prone to mutations at the precise time of division. The mutations that have occurred in the sperms are thus passed on to the off-springs resulting in reduced sperm quality in the son’s .

However the research has not been successful in determining the exact mechanism of reduced sperm count in male off-springs of fathers who smoke .

If you have finally decided on kicking the habit of smoking you may be wondering if it will really help improve your overall and sexual health as you have been doing it for quiet a long while already. Find out on this page.

How long after I quit smoking will my sperm improve?

It takes close to 90 days for new sperms to form and mature within the male testes. So it would be sensible to quit smoking at least for 3 months prior to conception to be assured that all the affected sperms have been replenished with new un-mutated sperms.

If your semen analysis had shown abnormalities, repeating a semen analysis after 3-6 months of quitting smoking will reveal the improvement if smoking was the cause for the defect in your sperms.

When it comes to other chronic medical ailments such as heart attacks, hypertension and chronic lung problem, the damage done is directly related to the number of years and the quantity that you smoked. So each day after having quit smoking counts, with regards to improvement of overall health.

It is a very common doubt on whether chewing tobacco can have the same ill effects as smoking tobacco.

Is chewing tobacco as harmful as smoking?

Having read about the various facts related to smoking tobacco and sperm health it would be a sensible call to put the habit out before trying to conceive baby. The benefits are not limited to your reproductive health and will result your overall well being.

Quit smoking for a healthy baby and a healthier you!!!