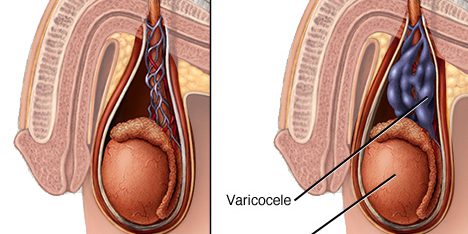 The Vainglorious Varicocele - Can of Worms?

A man walks into my office. He has been married for two years. Attempts at conception have proved futile. He hands me a Doppler report which states that he has a Bilateral Varicocele, Grade 2. His diagnosis is a clinical varicocele. My observations confirm this. His semen parameters are abnormal. Surgery has been advised he says! What should I do doc?

Well, a Varicocele is a dilatation of the veins in the spermatic cord. It appears like a bag of worms. Does it cause changes in semen characteristics? It does! Is surgery useful for a Varicocele in infertility? Well that for sure is like opening a “Can of Worms”. The mother of all scientific sources is “The Cochrane Database”. Very rarely “Like when an UFO is spotted” the Cochrane is forced to reverse its opinion on something based on the emergence of new data. Well, the Varicocele was one such situation. The initial report said that surgery was not useful. However, when additional meaningful studies were included, surgery was deemed necessary.

Right now, Uro Surgeons who have been practising Microscopic Varicoclelectomy swear that surgery helps in terms of improving pregnancy rates. With Microscopy, complications are kept to a minimum. However, others are not that enthusiastic. Well, to me, being a reproductive micro surgeon, the choice is simple. I operate.

My indications for Surgery:
1) When there is infertility
2) Semen parameters are abnormal
3) When there is a clinical varicocele (this means on clinical exam, I can feel a varicocele)
4) When the partner has been evaluated and found normal or has a correctable problem
Varicocelectomy is a surgery. However, when done microscopically, it is minimally invasive and if successful helps in avoiding a much bigger, more expensive assisted reproductive technique like the IVF or ICSI.