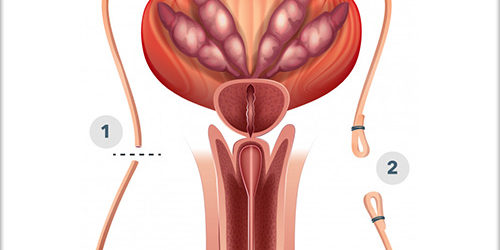 Vasectomy Reversal – All you need to know about the procedure

Vasectomy is a male family planning procedure (popularly used verbiage in India) done to a man. This is a simple, short procedure done as an outpatient service by a good sexologist / sex specialist. In this procedure, the tubes carrying the sperm from the testes / epididymis outside the penis are disconnected. As a result, only the sperm free fluid produced by the prostate gland alone gets ejaculated during male orgasm. A successful vasectomy procedure is 100% efficient in preventing pregnancy.

Learn more about Vasectomy and the right candidate for vasectomy, by visiting the following article.

After the vasectomy reversal procedure is performed, it usually takes few weeks for the sperm to appear in the ejaculate (seminal fluid). This increases the chances of pregnancy in the man’s female partner. In some cases, the person may have to wait a year for the sperms to appear in the ejaculate (happens when the tubes are blocked or scarred during the vasectomy procedure).  One must note that the success rate in achieving pregnancy after reversing the vasectomy procedure ranges from 30 to 70 but never 100%.  Apart from reconnecting the vas deferens, there are other factors that must be considered to confirm if the man can impregnate a woman again. They include:

A healthy and fertile man should be able to impregnate a woman after reversing vasectomy. In case if the sperm is absent in the ejaculated fluid, the doctor will put him under medication to boost the production of sperms. If that too doesn’t work, final option would be sperm mapping. In sperm mapping procedure, sperms will be extracted from the man’s testes and IVF procedure will be used to get his female partner pregnant.

How is Vasectomy Reversal done?

Vasectomy reversal surgery is an outpatient procedure that takes about an hour to complete. The person will be put under local or full body anesthesia.  Any of the following procedures will be used to reconnect the disconnected tubes:

What to do after undergoing vasectomy reversal procedure?

In order to avoid any complication with any surgery (not just vasectomy or vasectomy reversal), it is important that you contact a very well experienced sexologist in your city. Remember that the cost of vasectomy or reversal procedures differ from clinic to clinic. There are doctors who do a surgery for few thousands and there are some hospitals who charge few lakhs for the same.  A cheaper doctor or an expensive hospital doesn’t guarantee you the best treatment, though both of them claim to be the best. Do your research and take a second opinion where and when necessary.