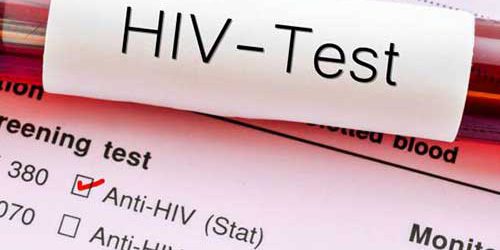 When to get tested for confirmed HIV results?

Despite all the advances in HIV testing and widespread awareness about how to test for HIV,  HIV still remains a taboo. Advanced treatment with highly effective antiviral drugs has made it possible to live a near normal life with HIV. What is important in successful management of HIV is early detection and prompt initiation of drugs. Methods to detect the number of virus particles present in the blood stream have made it possible to detect  the progression of the disease early in the course and also to determine the extent to which the person can be infectious to others.

If you are thinking about getting yourself tested, here is all you need to know about how to test for HIV.

Most of the times if one has shown risky behaviour in the past and fears having been infected with HIV, anxiety is so much that they would like to know their HIV status as soon as possible. The hassle of waiting for the test reports for a couple of days may be traumatizing. Besides, for purposes such as hospital based screening of a patient in view of a planned surgical procedure may also demand quick reporting tests for HIV. We will go into the details of rapid HIV testing and the scope of the test.

Rapid HIV test is a card test which takes only about few minutes to give you the result. Thus called the rapid card test. It avoids a long and stressful wait for your report. It is the most accessible of the HIV testing methods and is the most commonly used screening test.

The accuracy of the Rapid HIV test is comparable to the standard ELISA test. If one tests negative for HIV by rapid card test, no further tests need to be done. If the rapid HIV test results are positive further confirmatory tests may be required.

If you have had a recent exposure to HIV and want to get clarity on your HIV infection status at the earliest, there are a few tests which can be done as early as 2 weeks after possible infection.

It is a test which can detect HIV infection as early as 9-11 days post exposure. It detects the RNA which is the genetic material of the HIV virus in your blood. The cost of the test is very high. As it is based on detection of the viral genetic material, antibody production in the body against HIV is not necessary before the test becomes positive. It takes about 4-5 days before you can get the result of the test.

Even if the quantity of the virus in your body is small, the test can detect the presence of the virus as it employs a technology wherein the RNA of the virus is multiplied to many folds. Through this method even the viral load in the infected person can be detected.

As the test detects viral RNA and also quantifies it, the test is considered to be highly accurate.

It is a method of early HIV detection in which the p24 antigen or protein present in HIV is detected. It can detect HIV infection in about 16 days post exposure on an average. The window period of the P24 antigen test is between 1-8 weeks post infection with HIV and about 95% people infected test positive during that period. It takes about 4-5 days for you to get your report.

The drawback of the test is that the p24 protein levels decline after 5-6 weeks of infection and may not get detected despite being infected with HIV. It means that if 5-6 weeks have passed following infection, the test may give a false negative result.Therefore the test is ideal only for early detection of HIV infection,i.e. within 3-4 weeks of the potential exposure.

It is now clear that the earliest you can take an HIV test following exposure is after 2 weeks.

The present day ELISA kits have been adapted to detect both HIV-1 and HIV-2 strains of the virus. ELISA kits adapted for differentiating between HIV-1 and HIV-2 have also been developed and are in use currently.The importance of differentiating between the strains lies in the fact that the they behave differently with respect to progression and disease load.

If a person screens positive by rapid HIV test card ,ELISA test has to be performed for further confirmation of the screening test.It takes about 2-3 days to obtain the test results by ELISA method.

A 3 rd generation ELISA kit detects only antibodies against HIV.

If you have tested negative for HIV by rapid card test or ELISA, you do not need any further tests.But testing negative for p24 doesn’t confirm your HIV negative status as the test may not detect the viral protein if it has been more than 5-6 weeks since infection with HIV. p24 antigen test is recommended only for early detection of HIV infection if the exact time of potential exposure is known.

If one tests positive for rapid card test or ELISA,they may need further testing to confirm the positive report. The confirmatory test for HIV is western blot.


It uses electrical fields to separate protein molecules based on their sizes and charges. By this method the HIV specific antibodies are detected. In western blot test antigen antibody reaction is not involved. Hence, the possibility of antibodies against HIV reacting with antigens other than that of HIV and thereby giving a false positive result, is eliminated. False positive given by ELISA can be detected by western blot. Indeterminate results by ELISA also may be confirmed by western blot.

With access to advanced testing methods such as HIV PCR wherein the presence of virus can be confirmed and the viral load also can be quantified, western blot test is becoming obsolete as a confirmatory test.

After having gone through this article,are there are still more queries on your mind regarding how to test for HIV? If so,our HIV testing and counseling team is anytime approachable.

Our counselors with immense experience in handling HIV related issues will be available to speak to you and provide you with all the details that you require. The privacy and confidentiality of our clients is of utmost importance to us. The counselor will compassionately listen to your concerns and also prepare you psychologically to face the outcome of the test.If during the time of counseling it is known that the potential exposure was very recent, the option of post exposure prophylaxis will also be discussed with you. You will be referred to our experts if you express willingness to take post exposure prophylaxis.

Post exposure prophylaxis drugs are given to people following potential exposure to HIV. It is given so as to prevent the development of HIV infection. It needs to be initiated within 72 hours of potential exposure to HIV and needs to be continued for 28 days for maximum effectiveness. It is effective when administered correctly but not 100% effective. So, you cannot be assured of not contracting HIV after post exposure prophylaxis.

The counselor will meet you again with your test reports. You will be explained in detail the meaning of the reports and advised on further tests if required. All our clients are treated with respect and compassion irrespective of the outcome of the test. If your results are positive, you will be guided through further confirmatory tests and referred to our medical experts for prompt and timely initiation of treatment. You will be provided psychological support and reviewed at frequent intervals.